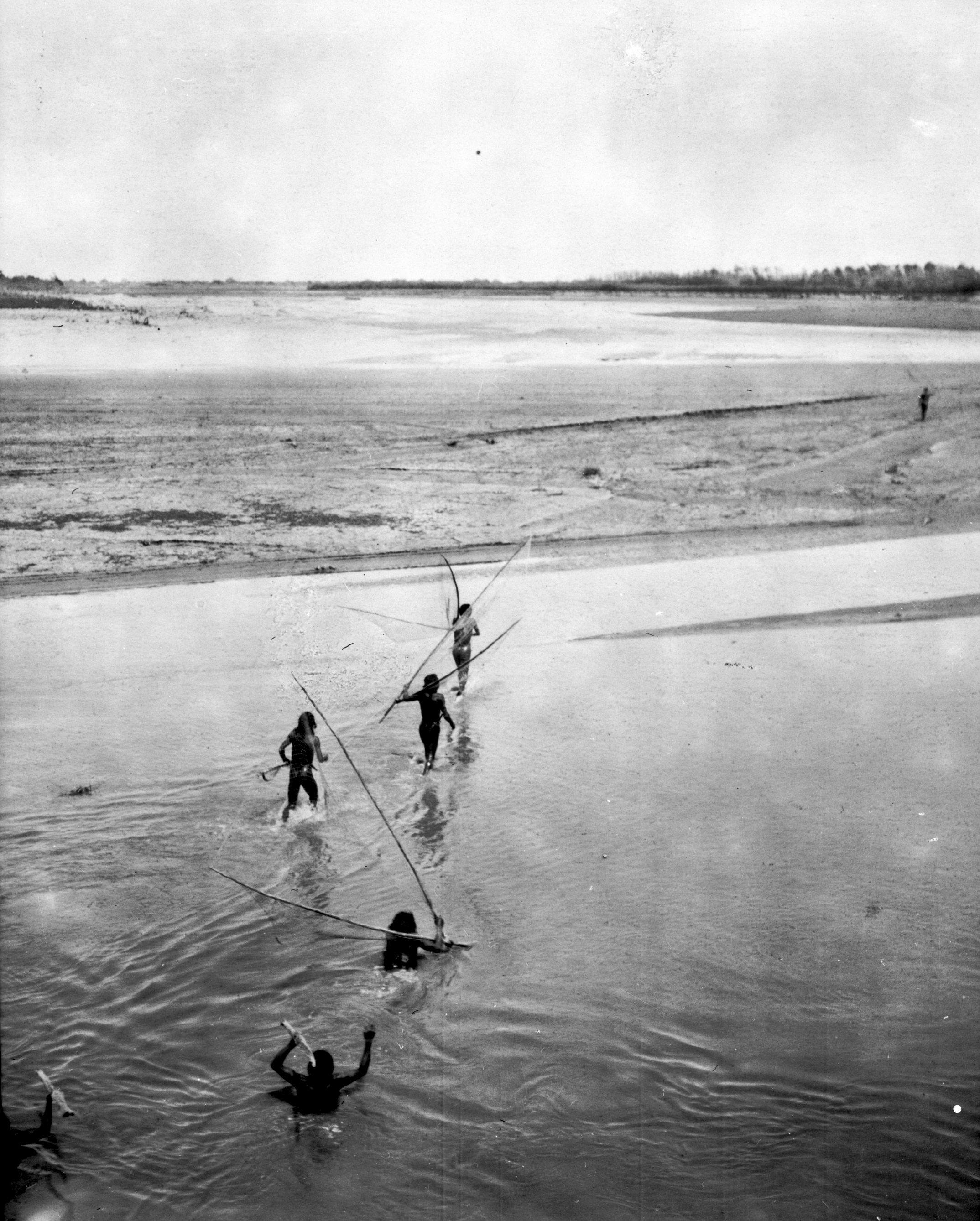 Pilcomayo (in Hispanicized spelling) (Quechua Pillkumayu or Pillku Mayu, pillku red, mayu river, "red river", Guarani Ysyry Araguay [ʔɨsɨˈɾɨ ʔaɾaɰʷaˈɨ]) is a river in central South America. At 1,100 kilometres (680 mi) long, it is the longest western tributary of the Paraguay River. Its drainage basin is 270,000 square kilometres (100,000 sq mi) in area, and its mean discharge is 200 cubic metres per second (7,100 cu ft/s).Along its course, the Pilcomayo silts up and splits into two main branches, North and South. After some distance, these branches rejoin to form the Lower Pilcomayo.The Pilcomayo rises in the foothills of the Andes mountain range in the Bolivian Oruro Department, east of Lake Poopó. The Jach'a Juqhu River is considered the origin of the Pilcomayo. Upstream the Jach'a Juqhu River successively receives the names Aguas Calientes and Kachi Mayu. From the confluence with the Chillawa (Chillahua), the river is called Pilcomayo. From there, it flows in a southeasterly direction through Chuquisaca and Tarija departments, passes through the Argentine province of Formosa and the Gran Chaco plains of Paraguay, forming the border between these two countries before it joins the Paraguay River near Asunción. The Río Pilcomayo National Park is located on the Argentine side of the border. It also forms a short part of the boundary between Argentina and Bolivia, just prior to the Argentina–Bolivia–Paraguay tripoint.