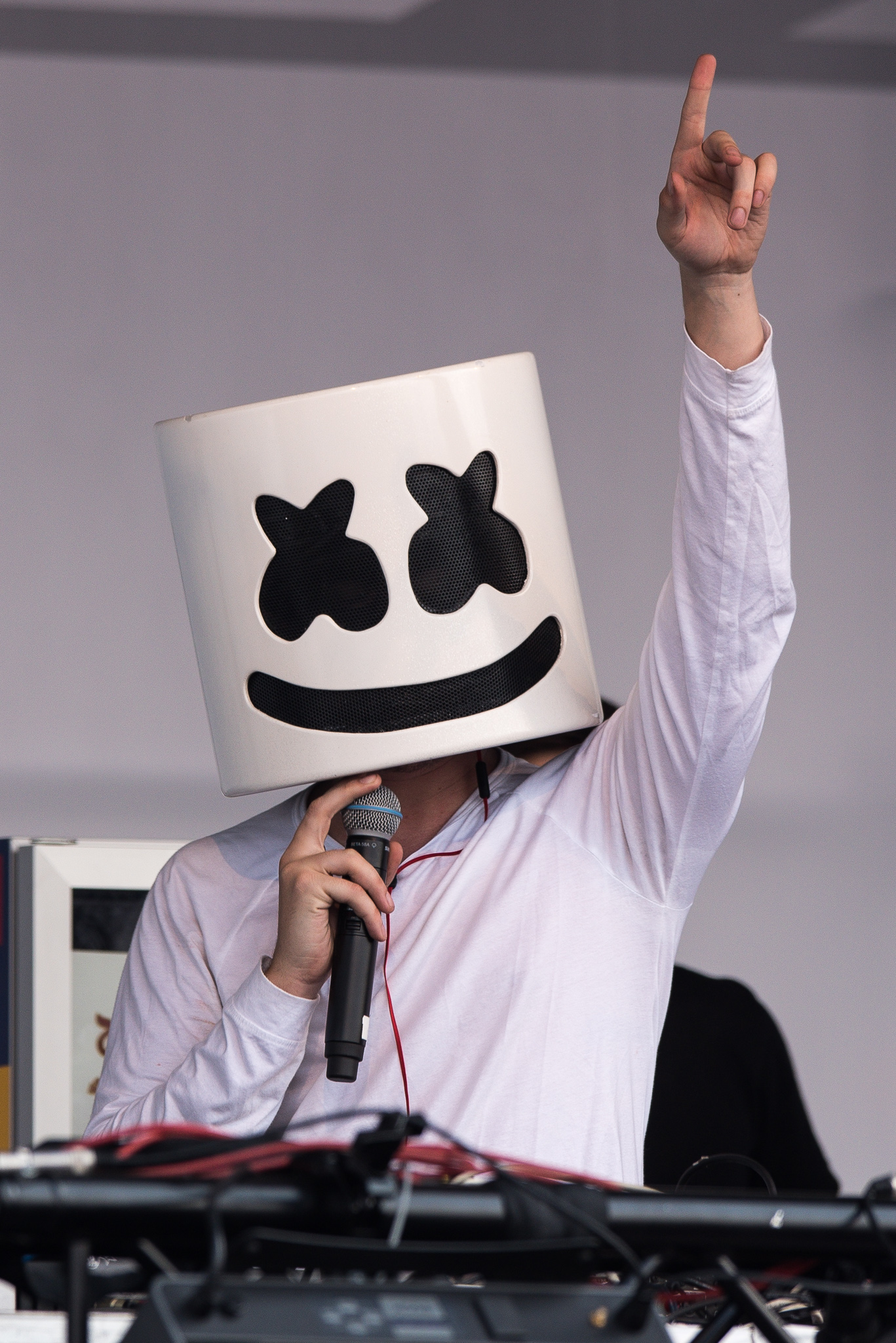 Christopher Comstock (born May 19, 1992), known professionally as Marshmello, is an American electronic music producer and DJ. He first gained international recognition by releasing remixes of songs by American DJ duo Jack Ü and Russian-German DJ Zedd. He is best known for the songs "Silence", "Wolves", "Friends", and "Happier", all of which have been certified multi-platinum in several countries and appeared in the Top 30 of the Billboard Hot 100.His debut studio album, Joytime, was released in January 2016, which included the lead single and Marshmello's debut single "Keep It Mello". Marshmello's second song in 2016, a platinum-certified single titled "Alone", was released in May via the Canadian record label Monstercat. Having peaked on the US Billboard Hot 100 at number 60, it became his first single to be certified platinum in the US and Canada with over a million copies of certified units. That year, he released three subsequent singles. In 2017, after releasing singles such as "Chasing Colors", "Twinbow" and "Moving On", Marshmello collaborated with American R&B singer Khalid to release "Silence" as a single, which was certified platinum and multi-platinum in eight countries. Succeeding another single, one of his best-selling singles, a collaboration with American singer Selena Gomez, titled "Wolves" was released. His second single of 2018, titled "Friends", a collaboration with British singer Anne-Marie, was released. Months later, his second studio album, Joytime II, was released with singles "Tell Me" and "Check This Out". Marshmello's highest-charting song on the Billboard Hot 100 and in the United Kingdom, titled "Happier", a collaboration with British band Bastille, was released in August. He was named by Forbes in eighth place on their annual ranking of the world's highest-paid DJs in 2017 as he earned $21 million in the twelve months prior June 2017.